0
No products in the cart.
Schedule a Call

0
No products in the cart.
Menu

Enjoy the page like a podcast, have the page read to you.

His passion for radio led him to web creation and his eclectic interests and troubleshooting skills help to make Elementor one of the best web building tools out there. This month, we introduce to you the guy with the Elementor tattoo! 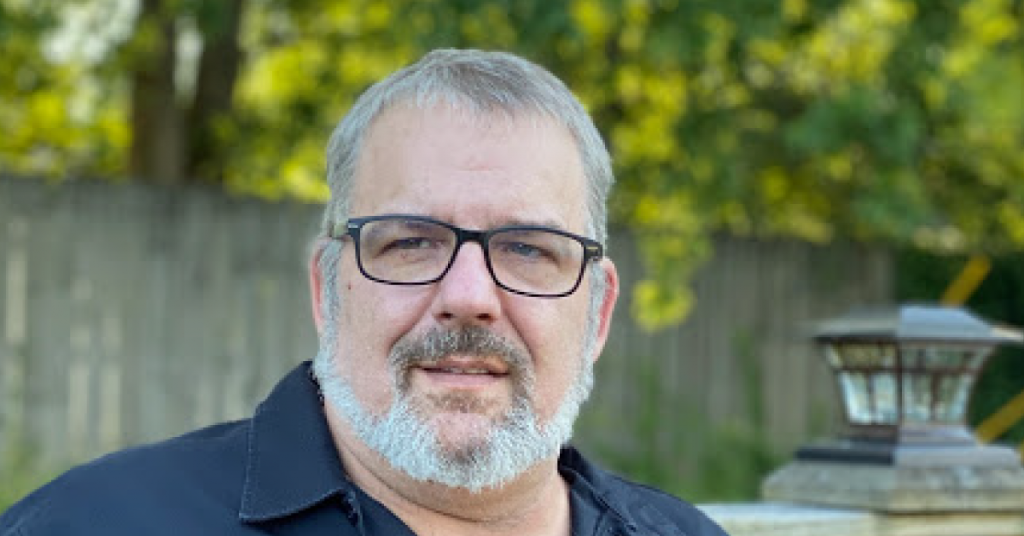 Known as “the guy with the Elementor tattoo,” Chris Ayers has a wealth of experience that greatly benefits our community. He originally comes from an art background, but his love for music and passion for the radio eventually led him to web creation. Gossip has it that he’s quite an excellent cook, too!

His eclectic interests and troubleshooting skills help to make Elementor one of the best web building tools out there. In fact, he likes solving puzzles so much that he wants to empower others with the knowledge they need to succeed in their own complex projects.

Since he’s fairly shy and introverted, there is a lot to know about Chris and his commitment to Elementor. Let’s have a little sneak peek into his busy life and learn all about his work!

From Radio to Web

Chris’ adventure with the web started in the early internet radio days. In 1999, he joined a station called Nekkid Radio, where he was a music DJ. “There were a couple of streams out there, but we were the first live and interactive station,” says Chris. “I was also the web guy, so this further expanded my skills.”

Nekkid Radio soon grew to support thirty DJs from all over the world. They were able to hand over their live streams from one time zone to the next, and even took requests from their listeners via ICQ and IRC chat rooms.

Initially, Chris used tools like CeeUSeeMe and White Pine reflectors, Winamp, and Real Encoder to stream .ram files. Eventually, he and his colleagues took to using Shoutcast as a more all-in-one solution, and soon many other stations followed in their footsteps.

Chris also helped other local FM stations start streaming online, using just a basic Windows XP computer and a soundboard. “It was all very bare bones back then,” he says. Still, this approach took off in the industry, which paved the way for many popular streaming platforms that exist today.

Chris is naturally a curious person, so he loves to help others and learn in the process. In fact, that’s how he got into his current profession.

To assist his web designer friend, he taught himself PHPNuke and Dreamweaver. The two worked together on a few projects, supplementing each other’s skills. As Chis explains: “He was a web designer, but he was color blind. I was not good with code but came from an art background.” Eventually, their collaboration came to an end, however, and Chris found himself looking for a solution to design websites without the need for code.

Fortunately, WordPress arrived in the market around that time, enabling Chris to continue working on his own. Fast forward to the present day, and he has his own web design company and empowers his clients to find innovative solutions for themselves. As a passionate problem solver, he spends his days teaching, tutoring, and coming up with useful tools to benefit other WordPress users.

Chris initially joined Elementor to learn more about the tool itself. He eventually became so involved in the community, actively troubleshooting and providing support to its members, that taking on a moderator role was the obvious next step.

They say that the most brilliant people wake up at 5am. Whether or not that’s true for most people, it does apply to Chris. “My iMac tells me that my current screen time is averaging 12–18 hours per day,” he laughs. He keeps himself busy moderating the community, while also working on client sites every day. And he still manages to spend quality time with his family too.

When asked about his favorite Elementor feature, Chris names the theme builder without hesitation. He loves that it lets him create beautiful templates that are easy for his clients to edit in WordPress. Chris has broad experience in many areas, so he is eager to coach clients about their website maintenance as well as business in general.

Chris sees a bright future for Elementor, which he says is evolving beyond just a page-building platform. “As creators, having the tools and resources to help us achieve our goals is important. I feel the need for more learning and forums, as well as a marketplace for add-ons or graphics like Lottie.”

If you ever see Chris, make sure to ask him about his tattoos. He will be happy to tell you all about them, and even sneak in some extra information about his current projects.

One of his arms is covered in ink related to his web tools, so it’s a smooth transition to work-related topics. He plans to expand it with lines of code and CSS on his skin. And yes, he really does have an Elementor tattoo!

Chris is passionate about his body art. “I have the caffeine molecule on my forearm. I have Gossamer from Looney Tunes on my left shoulder and a Zen Waldo on my right. My legs have a big Eeyore, Tigger, and many others.”

The most significant piece, however, is a small semicolon on his wrist. It serves as a painful reminder that depression can break even the strongest among us. “My oldest daughter had a rough time as a teen and was almost lost to an overdose. A semicolon is a symbol for all who continue on.”

The vibrant community at Elementor includes over 66,000 talented individuals thus far. Chris likes to put together imaginary dream teams that consist of its various members.

He is a living example that Elementor continues to evolve beyond just being a website-building platform. Thanks to creative minds like his, specific tools and the web at large continually develop into a better and more exciting place. Or as he likes to call the internet: “a creative melting pot for the web creators.”

Want to join Chris and become an Elementor Community Leader, or host an Elementor meetup in your area? You can enroll in the Elementor leaders program – apply now!

Other recently published Blog Posts in the Dyno Crater

More Than Just a Logo

We’ll send you occasional thoughts and case studies on web compliance and accessibility if you like. No spam, just good content. Sign up with your email address to receive news and updates.